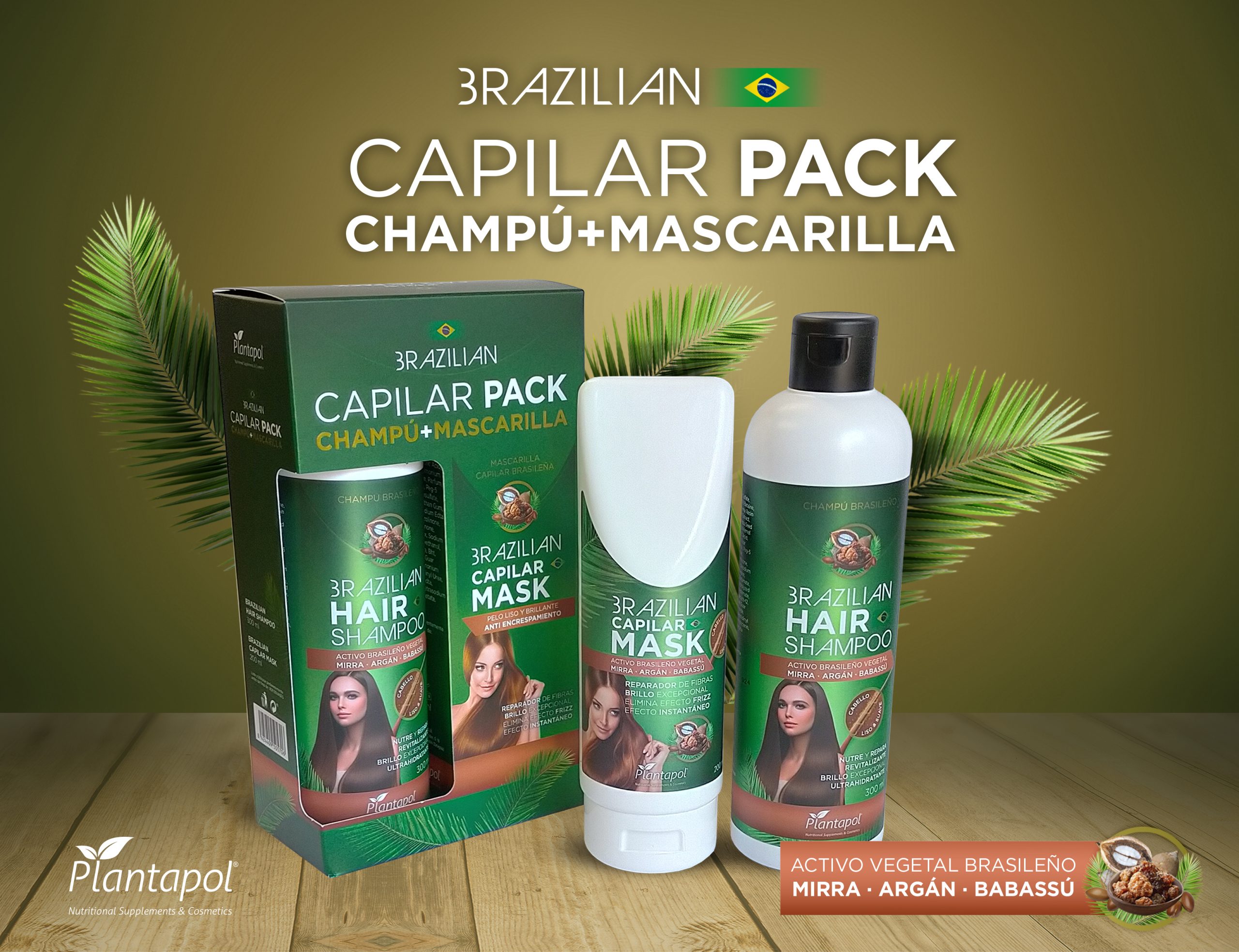 We present the Brazilian treatment of Plantapol for hair. It is made up of two products that contain a Brazilian plant active ingredient formulated with myrrh, argan and babassu oil: The Brazilian Hair Shampoo and the Brazilian Capilar Mask . Brazilian shampoo and mask for exceptional hair care presented in a convenient pack .

The Brazilian active ingredient in the Brazilian Capilar Pack recovers the hair fibers and provides exceptional shine to the hair, improving hydration, providing softness and facilitating styling due to its anti-frizz effect.

The myrrh It is an ingredient that has been used since ancient times in hair care, as its positive effects for both hair and skin are extensive. Purifies and cleanses the scalp and has antibiotic properties (combats the appearance of some fungi).

Oil argan It contains vitamins, minerals and fatty acids that benefit the skin and hair. Known as "liquid gold" it is a natural conditioner that leaves hair smooth and shiny.

Less well known is babassu oil. Extracted from the coconut of cusi, it contains antioxidants and vitamin E and also promotes the production of collagen which contributes to the care of the hair in a natural way. It is lighter than other coconut oils so it leaves hair loose ("silicon like" effect) and with shine while having a repairing effect.